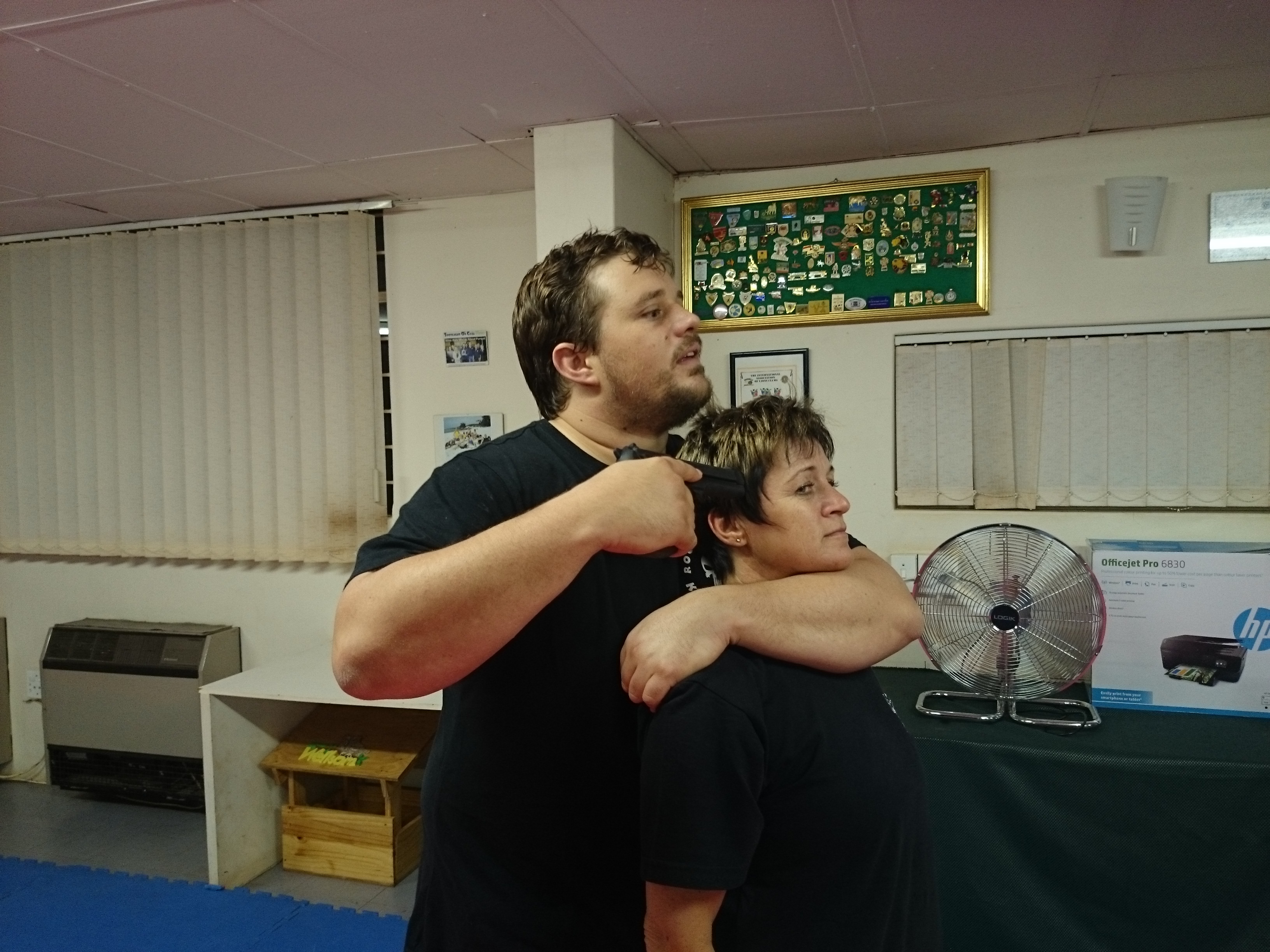 The Krav Maga Philosophy. The Krav Maga philosophy is what separates it from any other traditional or competitive martial art. It can be summarized by the sentence: “Do whatever is needed to cause as much damage as possible to your attacker and get away safely”.

Krav Maga attacks are aimed at the most vulnerable parts of the body, and training is not limited to techniques that avoid severe injury; some even permanently injure and can cause death to the opponent. We provide maximum safety to students by the use of protective equipment (head gear, groin guards, safety glasses) and the use of reasonable and controlled force.

Students learn to defend against all variety of attacks and are taught to counter in the quickest and most efficient way. Our Street Wise 101 white to Orange Belt self course will assist you to master techniques, that will assist you to combat 25 of the most common street attacks found in South Africa.

We teach avoidance. The 80:20 rule, avoid confrontation but if forced, to finish the fight as quick as possible….

Counterattacking as soon as possible (or attacking preemptively). Targeting attacks to the body’s most vulnerable points, such as: the eyes, neck or throat, face, solar plexus, groin, ribs, knee, foot, fingers, etc.

Maximum effectiveness and efficiency in order to neutralize the opponent as quickly as possible.
Maintaining awareness of surroundings while dealing with the threat in order to look for escape routes, further attackers, objects that could be used to defend or help attack, and so on.

Training includes situational awareness to develop an understanding of one’s surroundings, learning to understand the psychology of a street confrontation, and identifying potential threats before an attack occurs. It may also cover ways to deal with physical and verbal methods to avoid violence whenever possible.